The EU is a politico-economic union of 28 member states (such as Germany, France, Italy, Spain, etc.) that are located primarily in Europe. As a regional cooperation strategy, it has made the issue of "sustainable consumption and production" a priority which leads to the launching of the SWITCH-Asia Programme to help interested consumers, businesses and supporting associations switch to a more sustainable paradigm in 2008.

The goal of the programme is to promote economic prosperity and help reduce poverty in Asia by encouraging industries and consumers to aim for sustainable growth with low environmental impact in line with international environmental agreements and processes. Such initiatives support Green Public Procurement (GPP) in achieving "public procurement for a better environment".

Executive Director Dennis Santiago of GPPB-TSO gave the opening remarks and presented the GPP in the Philippine context. He explained that GPP is not directly stipulated in the existing legal framework of laws such as Republic Act (RA) 9184. However, due to the results of Climate Change such as the storm surge of “Ondoy”, the Government realized its importance to be institutionalized in laws and policies. 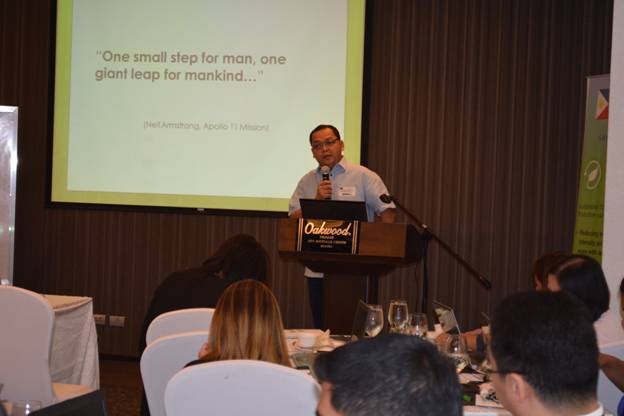 This lead to the need for paradigm change in drawing up the Technical Specifications of items subject to public procurement. The suppliers should be led to follow the requirements of green products and innovate to comply. This can also possibly generate new jobs that will support Executive Order 301, the “Establishment of a Green Procurement Program in all Government Agencies”, and GPPB Resolution No. 15-2013, “Approval to Support the Implementation of Sustainable and/or Green Public Procurement Regime in Government”. To conclude his lecture, Executive Director Santiago suggested for the following as next steps, 1) to identify the Champion, addressing the participants in an agency as an example, 2) not to reinvent the wheel, 3) create an enabling environment and 4) to train & educate the market. 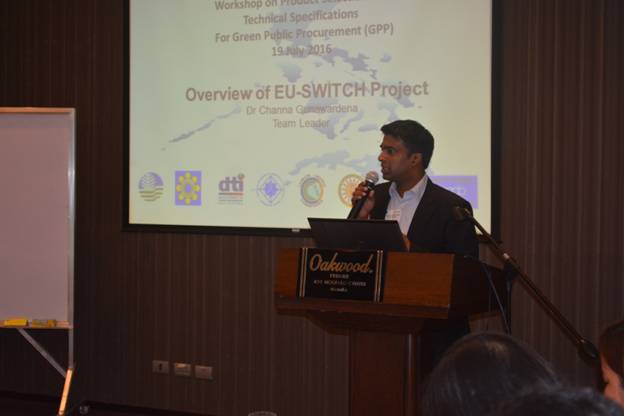 Mr. Walter also cited possible mistakes when implementing GPP. He emphasized that that the priority is to have a system that will implement reuse of products. Therefore, Mr. Walter suggested the importance of introducing technical specifications in the tender documents to enforce the suppliers to comply and give certain bonus points to those who provide green products. 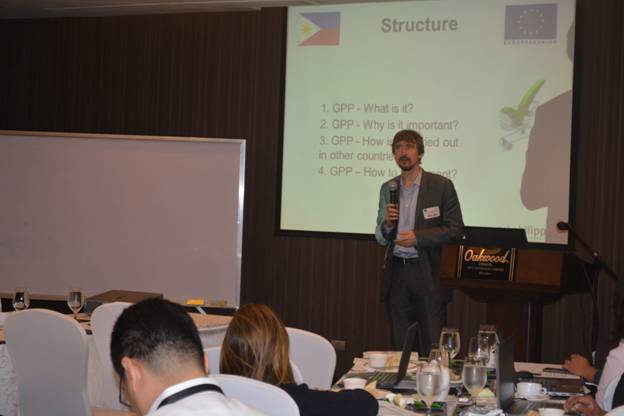 Mr. Walter also cited possible mistakes when implementing GPP. He emphasized that that the priority is to have a system that will implement reuse of products. Therefore, Mr. Walter suggested the importance of introducing technical specifications in the tender documents to enforce the suppliers to comply and give certain bonus points to those who provide green products.

The third Speaker was no less than the PS-PhilGEPS Executive Director Jose Tomas Syquia who shared our experiences with GPP. Currently, PS-PhilGEPS has been supporting GPP by procuring about four million reams of recycled paper and air conditioners with higher Energy Efficient Ratio (EER). In terms of Information Technology requirements, he suggested to include the “Energy Star” label as one of the criteria. As a matter of policy and practice, PS-PhilGEPS have replaced all our lights to LED. Moreover, the PS-PhilGEPS plans to include in its website green specifications, create a GPP Portal, select items which were produced with environment-friendly processes and less CO2 emissions and apply criteria in tenders which will put weight in favor of green companies in terms of total cost of ownership & life cycle. He emphasized that green procurement is not always expensive, doesn’t have to be complex and should not take a longer time to implement because the environment cannot wait any longer. 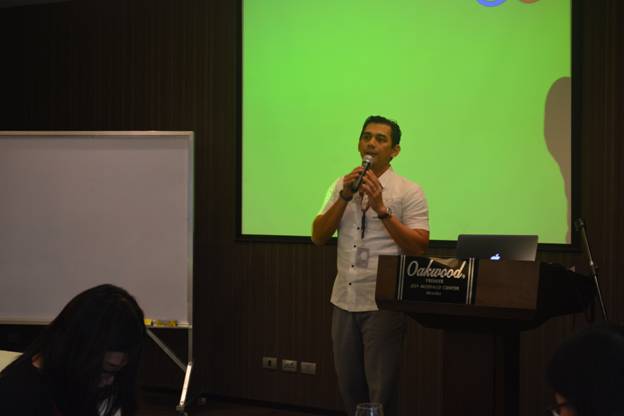 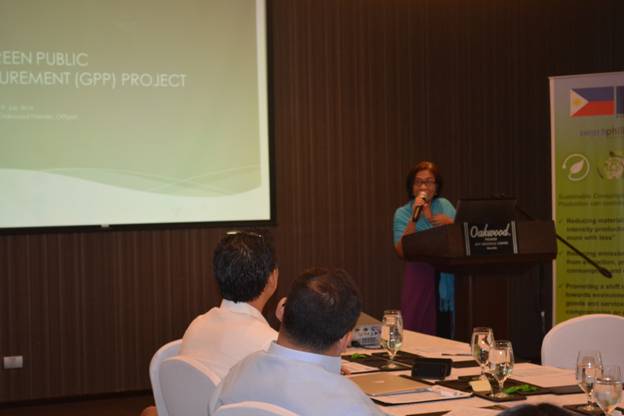 DTI, in support of GPP initiatives, have conducted several core activities, communications and capacity buildings on life cycle costing and business engagement training. The challenge now, she explained, is to have legal monitoring as a departmental priority and to encourage more MSMEs to participate.

Dr. Kathleen Aviso of SWITCH Project spoke on how the Philippines import much paper products than export due to low capacity and lack of technology in waste management. Automotive production applying Euro 4 Standards averages 250,000 units per year but no electric vehicles manufacturing have been initiated. Dr. Aviso proposed promoting pulp paper manufacturing, initiation of recycle content for paper production, improving its local standards and support the research and development in furniture manufacturing. 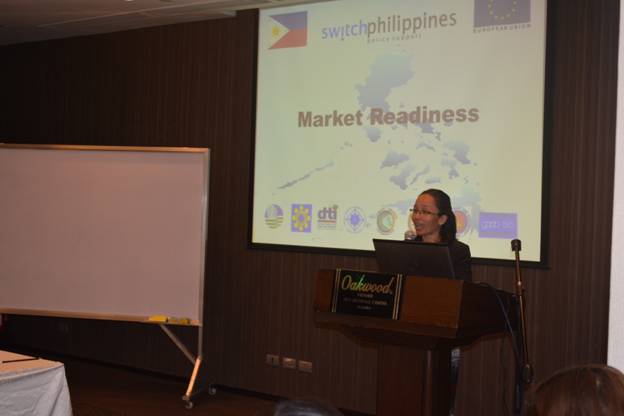 Dr. Aviso provides the GPP Market Status in the Philippines

After the presentation of the speakers, the workshop proper took place. The participants were divided into five (5) groups composed of about seven (7) members each. The facilitator, Mr. Kahlenborn, initially explained the objectives and mechanics of each activity to the groups. Each group was made to identify the risks and benefits in implementing GPP.

Next, there was a selection of items using a decision matrix. As its last activity, the groups were directed to come up with environmentally friendly technical specifications of a specific product.